BOUGAINVILLE, CANDIDATE OF NEW COUNTRIES, WILL BE TOTALLY FREE FROM PAPUA NEW GUINEA??? 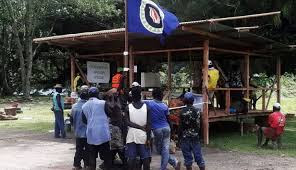 The majority of Bougainville Islanders in the South Pacific chose to be independent from Papua New Guinea (PNG), the Referendum Commission revealed after a historic poll that would strengthen support for separatists as they negotiated terms to form a sovereign state.

Nearly 98 percent of 181,067 votes supported independence in a non-binding referendum that was part of a peace pact after a decade of war between Bougainville rebels and PNG forces, which ended in 1998.

Only 3,043 voters supported the greater autonomy option in the poll, while a small number of other votes were invalid.

The referendum will give residents of the island a choice between independence and greater autonomy.

"There are tears, tears of joy, raw emotions - people have been waiting a long time," referendum chairman Bertie Ahern said in the City of Buka as reported by Reuters on Wednesday (11/12/2019). "The pen is always stronger than the sword."


A comprehensive vote in Bougainville will be used to strengthen the negotiators' "cards" when they begin discussions on conditions for independence with the PNG government. Any agreement reached in the negotiations must still be approved by the PNG parliament.

Pajomile Minaka, from the southern Bougainville region, told Reuters that he was taking a law course to equip himself to help rebuild his homeland.

"It's my dream, to go and rebuild," said the 36-year-old man, who was a child during the conflict. "We need the best policy, the best law, to be the best country. We are born again. " 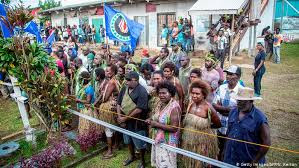 The islands are still recovering from conflicts over struggles for land royalties and pollution in the river near the now closed Panguna gold and copper project. The fighting that took place during the decade-long conflict has killed at least 20,000 people, making it the deadliest conflict in the area since World War II.

Once a PNG economic engine, Bougainville has fallen to the bottom of almost every financial indicator, despite its mineral wealth, fertile volcanic soil, and stunning geography.

Bougainville Vice President Raymond Masono told Reuters that the transition could take 10 years, because the region needs to rebuild its institutions.

Earlier, two PNG ministers told Reuters that discussions on how Bougainville would maintain its independence would likely dominate negotiations after the referendum. 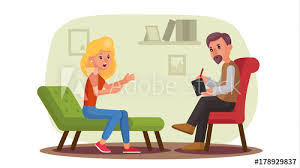